Available online in paperback and eBook worldwide through Amazon: 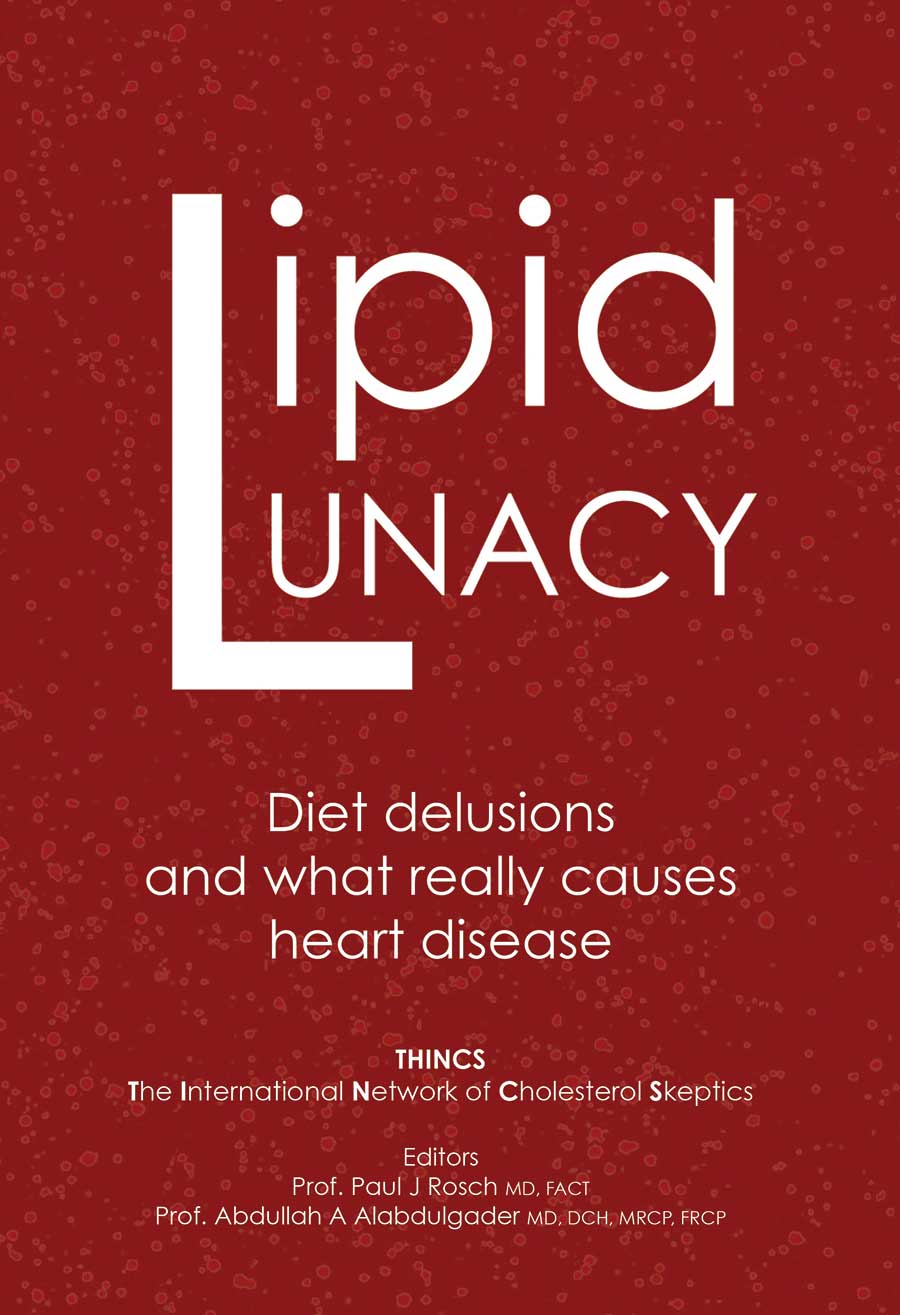 Also available online in paperback and eBook worldwide through Amazon:

“The great tragedy of Science-the slaying of a beautiful hypothesis by an ugly fact.”
Thomas Huxley

For decades, enormous human and financial resources have been wasted on the cholesterol campaign, more promising research areas have been neglected, producers and manufacturers of animal food all over the world have suffered economically, and millions of healthy people have been frightened and badgered into eating a tedious and flavorless diet or into taking potentially dangerous drugs for the rest of their lives. As the scientific evidence in support of the cholesterol campaign is non-existent, we consider it important to stop it as soon as possible.

The International Network of Cholesterol Skeptics (THINCS) is a steadily growing group of scientists, physicians, other academicians and science writers from various countries. Members of this group represent different views about the causation of atherosclerosis and cardiovascular disease, some of them are in conflict with others, but this is a normal part of science. What we all oppose is that animal fat and high cholesterol play a role. The aim with this website is to inform our colleagues and the public that this idea is not supported by scientific evidence; in fact, for many years a huge number of scientific studies have directly contradicted it.

Have you had any side effects from statin treatment?

If you would like to share your experience on statins with researchers at the University of California in San Diego , please email at statinstudy@ucsd.edu and/or complete an online (paperless) survey at http://www.statineffects.com

If you want assistance from medical malpractice lawyers, go to McIverBrown Law Firm

Also, please sign a petition about statin side effects! To be sent to WHO.